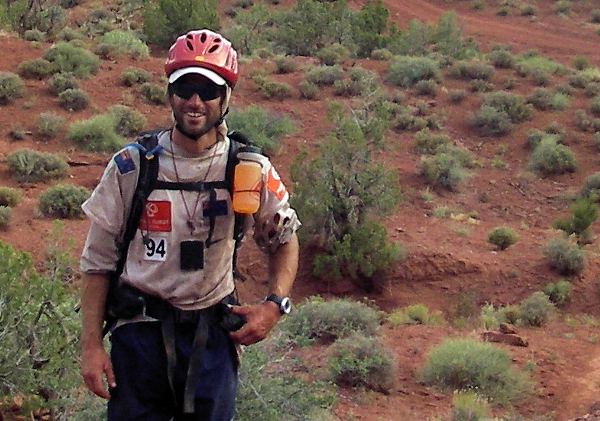 [size=x-small]
RICHARD USSHER – In only a few seasons of racing at an elite level on the AR scene Richard has already amassed an impressive resume of achievements, both as part of the team Seagate / Balance Vector, and on an individual basis.
World Champion (2005, 2006) along with wins in Primal Quest 2004, Balance Bar 24 hour series overall Champion 2004, Outdoor Quest 2003. Richard has also won the Coast to Coast World individual multisport championship (2004, 2005). 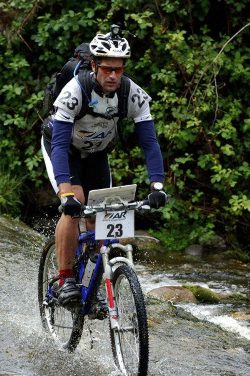 [b]napieraj.pl: What are the differences between your previous team (Balance Vector) and current (Nike)? What was for you surprising in Nike team? [/b]

The are a lot of differences between the two teams I think but one common thing was that both our teams always strived for the best result possible. I think in our old team there was possibly a bit more enjoyment in the racing as well as a more performance based approach where as the Nike Team is much more focused on just winning the races. Essentially the two teams had the same goals but slightly different approaches to getting there. Racing with Nike was definitely a great experience as between the members they have won so much and that confidence was really evident in the way they approached the races.

[b]How do you find being one of the youngest team-mates? [/b]

When I first started with Seagate I was very aware of it and really didn’t feel my opinion held much weight as I had so little experience in AR. Now even though I am still usually on of the youngest on the team I am more confident in my abilities and with my experience I always try to offer an opinion on what I think about tactics or plans etc. There are often more than one way to do something and we often take a little of each idea and use everyone’s experience to help create the best option.

[b]Monique Merrill said about you „His favourite saying is: no worries. Whatever we ask him to do or carry he just says „no worries”!” Do you feel sometimes exhausted on the race? Does it ever happen that you need help? Did you experience a race when you thought you would not manage to reach the finish line?[/b]

Yes I do get tired and at times everyone will need some help from their team mates. When I started my energy levels would go up and down as I wasn’t as good at pacing myself but I find now I rarely let myself get to a point where I can’t recover while on the move. Self management is one of the big skills I think in AR racing and if you can take care of yourself well then you are always in a better position to help your team mates. In my first few races I sometimes wondered if we would finish but now I know that regardless of the result we’ll keep going until we finally make it.

[b]Can you imagine withdrawing from a race? What could be the reason?[/b]

Pulling out of a race is something that no one likes to do and it would take a medical situation for me to do it now. The only time I have pulled out was with a Team in the Tahoe Primal Quest. We had already lost a team mate and then had a host of other problems and motivation got pretty low. After another day we all made the decision to not hurt our selves further and pull out. That was the lowest point of my racing so far and I vowed never to pull out again. Since then we have occasionally had members who have gotten very sick and had to stop but the remainder of the team has always finished. Personally I think too many teams give up as soon as the going gets tough. AR is really more about good decisions and keeping going no matter what than about speed. Even the winning teams are travelling pretty slow most of the time. 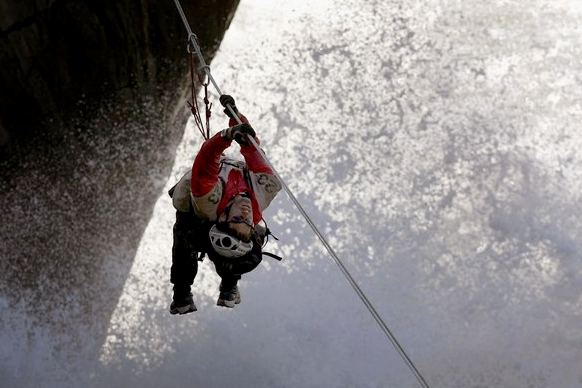 [b] How does your team decide who will start in which event?[/b]

In my previous team we basically only had the 4 of us so everyone did each race and if it were a 3 person race whoever was keenest would race. This year with Nike everyone had to sit out at least one big race and since Ian, Michael and Mike are the core team they had first option so at Primal Quest I had to race on a different team.

They are both very different races, the Raid you get to sleep more and usually every night at least 4 hours. It is also much faster due to this. We also had a support crew at Raid so our bikes were always ready to go, we had hot food and better places to sleep. The ARWC was much more about logistics, planning your own sleep, more navigation and much more off trail. It is definitely harder to do a race where you get less sleep and also where you have no support crew to cook you some hot food etc. The course in Sweden and Norway this year was so beautiful that it took a lot of the pain out of the race as we were constantly in awe of the areas we were racing in.

[b] You won every major AR event. This year (2006) you are the only person in the world holding double World Champion title. Do you still find motivation for doing this?[/b]

It was a really good experience to win the ARWC and the Raid Worlds but I still had a disappointing race at Primal Quest. There are always challenges within each race as the courses are so different and it is almost impossible to have a flawless race. In saying that AR is pretty hard on the body and mind and after such a full season I am looking forward to some shorter races where I can get a full nights sleep each night! Also in the future I would like to put my own team together as this is another challenge that I think would add another dimension to the sport for me. 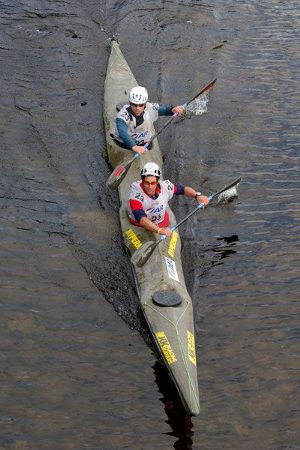 [b]How does your training look like? How many hours weekly do you spend on training? Does Nike team train together?[/b]

Everyone in the Nike team lives along way apart so we don’t really do any training together. For myself it depends on what phase of training I am in but typically between 20 -30 hours per week building up to events and then if the races are close together just active recovery between them.

Now days we are trying to sleep more in races so we don’t get it so bad but it is inevitable that we do get it sometimes. That is where the team can be such a big help in trying to keep you alert – talking to each other, planning etc. On long sections where you don’t have to concentrate so much is usually where I feel the sleep monster coming for me.

[b]When you are preparing for a new event what do you train harder, your weak points or the strong ones?[/b]

I really try hard to keep my skills in all the disciplines as even as possible but if a certain event is much more focused on one or two sports then that’s where I spend some extra time before specific races. If I have to learn a new skill then that also takes more time.

[b]What is your favourite AR discipline? Which is the most disliked?[/b]

I enjoy all the disciplines at times and dislike them all at others. Generally I like the Running, ropes and Kayaking the most and in-lines and the bike the least. With any race by the end of each section it always nice to know you are going to have a change but then a few hours into it I often am looking forward to another discipline. I find the in-lines OK but there is such a potential to hurt yourself if you fall on a down hill and carrying a big pack makes it much harder, it is probably a reflection on my weaker skills on the in-lines as well. The reason I dislike the bike a bit is I get so sore from the extra pressure a heavy pack creates on my behind and often the rides are so long.

[b]What do you find crucial in AR preparation- maintaining good shape or strong mental abilities? [/b]

I really believe AR is more mental than physical. If you have general all round fitness anyone can complete even the hardest races if they can navigate and take a never give up attitude. This is a crucial part of the team work, being able to support each other and stay as a strong cohesive unit in the face of any obstacle. If you have a good navigator you don’t need to travel fast to finish a course and do very well.

I think we will continue to see a lot more short races and stage races develop as they are a more friendly format for people that have to fit in a job around racing and training, plus they require a lot less planning and money to compete in. I hope that there will still be some true expedition races though that challenge all of the AR skills, not just speed but navigation, team work, sleep planning etc. I also hope that AR keeps the mixed gender rule as we are one of the only physical sports where men and women can compete as equals at an elite level. 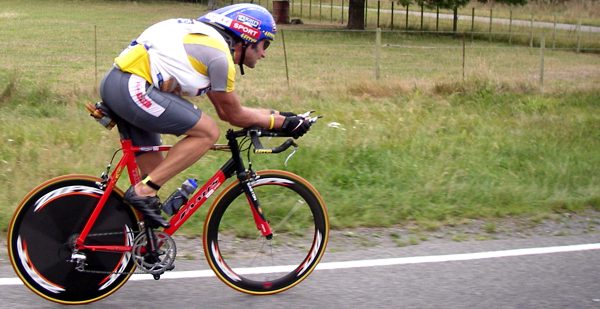 [b]What are your plans for the future?[/b]

I have just got engaged to my girl friend Elina Maki-Rautila who used to race for the Finnish Nokia Team. We are planning some races in NZ and Australia over the NZ summer. I see myself racing AR full time for maybe the next 3 years before it is time to give the body a break and be involved more part-time. Before then I want to set up my own team to win some of the major races and help develop the future Adventure racers from NZ.